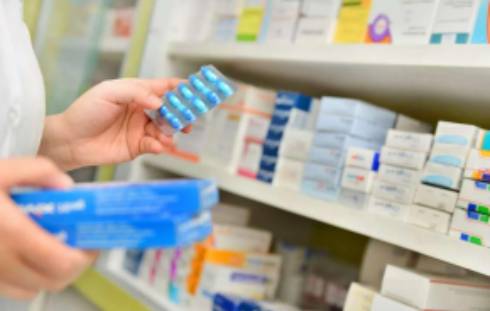 Fr om July 1, 2020, labeling of medicines in Russia will become mandatory for all medical products on the market. In this special questions and answers article Vitaly Shakhnazarov, Quality Director of COREX Logistics, explores the preparedness of industry for these changes.

- Vitaly, let's first understand why the market needs labeling?
- The main aim of labeling medicines is to ensure traceability of the movement of medicines from the manufacturer to the final buyer. To do this, at the production stage, each package is marked with a unique two-dimensional identification code Data Matrix, which is obtained through the State system called "Honest Mark". This system allows for traceability of medicines at every step, from production, transport, distribution and finally to the end user.

- Some manufacturers may be worried about the additional work and costs involved in adhering to the new system. Can you talk a little bit about its benefits for the industry?
- One of the main reasons behind mandatory labelling is to the tackle the very serious and costly problem caused by counterfeit products. The proliferation of counterfeit medical products is a significant issue for the global pharmaceutical industry. Not only does it result in losses to individual companies it poses a very serious health and safety risk to consumers. By reducing the percentage of counterfeit goods, legal manufacturers will be able to increase production. A digitized system of labelling has additional advantages for companies as it facilitates better tracking of the movement of products allowing for better planning for production processes. It means that producers can optimally plan production, reduce inventory and increase the turnover of products which will ultimately increase profit margins.

- So, does labeling really make business more transparent, or is it an attempt by the state to regulate the sector?
- Initially the reason for the introduction of the entire labeling system, including medicines, is an initiative of the Federal tax service, for the purpose of accounting for goods legally produced on the territory of Russia, and, accordingly, to be able to calculate all sales activities in order to correlate this with taxes received in the budget, which will make tracking the pricing of medicines easier. First of all, this will affect VED drugs (vital and important medicines), the prices of which are regulated through the definition of maximum allowable selling allowances. Both the manufacturer that produces drugs and the distributor cannot sell them for more than the price set by the government of the Russian Federation. However, the system is also aimed at reducing fraudulent manufacture and distribution of medicines which will ultimately benefit the industry as well as end users of these products.

- Wh ere does the marking of medicinal products take place?
- The main manufacturers have started the labeling process at the factory, because they know the packaging requirements for Russia, but some foreign players have gone the other way – they have organized labeling centers. When the drugs are delivered to one of them, the Russian label is applied to the secondary packaging, and then the drugs go to the Russian sites. In addition, it is possible to apply marking codes for limited batches of medicines in customs warehouses.

- Let's talk about the withdrawal of medicines from circulation. For what purposes is this allowed?
- After the launch of a medicinal product into the market, the "commercial journey" of the medicinal product begins, each physical movement must be reflected in the system, even if it was brought from one production warehouse to another nearby warehouse. There are a number of ways to withdraw a drug from circulation, and stop transmitting data to the monitoring system. For example, for the purpose of applying in clinical trials or destroying drugs if they were unclaimed or defective. Also, the withdrawal of drugs from circulation can be carried out for export to the EEU countries.

- Who is responsible if a drug reenters the market after its withdrawal from circulation?
- This is the biggest danger for a company that withdrew a drug, for example, for clinical research. In the Russian market three to four instances of this kind are detected each year. However, with the introduction of mandatory labeling, the situation may improve anyone with the "Honest Mark" app on their phone will be able to check the drug and see its current status.

- Is Russia following the European path in the issue of labeling? How did the labeling of medicines progress in Europe?
- As in Russia, digital labelling has been introduced in Europe in 2020 after a long period of delay e.g. pilot projects for digital labelling have been undertaken since 2013. In this sense, Russia is closely matching developments in Europe. In Russia we already receive drugs labelled with the European code, which is similar in functionality to the Russian system. While there are some differences in the individual systems the overall idea is the same: end-to-end tracking of the drug's movement.

- Is the Russian market ready for labeling? Will manufacturers be able to switch to the new system by the end of 2021?
- This is a very subjective question. In my opinion, manufacturers and major distributors are ready to work in the MDLP system. However, pharmacies, as well as medical institutions have been slower in terms of preparedness. At present, the system is set to go ahead without further postponement in Russia. Major manufacturers say that a delay is not necessary, because they have already received loans for this purpose and launched the transition process. Other players in the market have however requested a postponement of the start date for the new system, or at least a temporary moratorium on fines.
Recently, the all-Russian Union of Patients sent a letter to the Minister of Health requesting permission to manufacture, supply, customs clearance and release unmarked medicines to the Russian market until January 1, 2021. In the context of the COVID-19 pandemic, pharmaceutical companies have been forced to change pre-approved plans, both financially and technically. There are also problems with timely delivery of equipment for applying and working with codes. There is evidence of a shortage in pharmacy chains for some vital medicines due to increased demand caused by the ongoing economic and public health crisis. Given these challenges it is highly likely that we will see a postponement or at least an introduction of a one-year moratorium on fines related to labelling violations.

- What advice would you give to pharmaceutical companies in this situation?
- It is important to choose a company that already has experience in such activities, the necessary equipment and trained personnel to work in the TIR system. Pay attention to the players who carry out the entire range of work in the marking system, including withdrawal from circulation. If your partners take a comprehensive approach to this issue, there will be no serious problems with the introduction of the new system.


For more information about mandatory labelling in Russia and how you can manage this transition please contact our experts by emailing info@corex-depot.com.
Our team is on hand to guide you
Back to all news