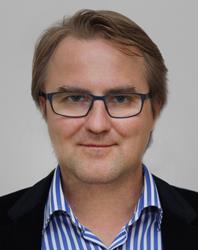 Yuri comes to COREX from the position of a top-manager for the A&T Trade/Muztorg Companies Group – a major distributor and retailer in the market of music instruments and professional sound. During his seventeen year career Yuri has gained vast experience and expertise in all aspects of corporate business. His achievements include but are not limited to: establishing marketing system for the company, creation and development of distributed brands portfolio, building of a federal dealer network as well as a B2B sales management system. Yuri's managerial talets allowed him to advance from mid-level manager to a C-level executive responsible for management of multimillion dollar strategic projects.


Yuri's main goals at COREX will include further advancement of the company's full service cycle, as well as the realization of COREX Global's expansion program, initially to the CIS countries and then to Central and Eastern Europe.

"Many professionals hold on to the same circuit of their native industry and business peers throughout their entire career. Contrary to that I have made a shift to a different, innovative field with new challenges and opportunities. COREX team is young, effective and highly professional and the company is actively developing. I believe that I can add significant value to its ambitious development program."

COREX is a sophisticated, cutting-edge business, consisting of a number of specialized units. However, its seamless process integration makes it appear to its clients as a single entity, a "one stop shop" that provides a full cycle of services, from regulatory support and customs clearance to depot services and temperature-controlled courier deliveries.

Today COREX has full-scale representative depots in Ukraine and Georgia, and this summer it is opening one in Belarus. The company will focus on providing an easy and convenient service offering while expanding its territorial coverage.

"COREX Global is an exciting and innovative project, that I'm very excited to join its ranks", – concluded Yuri.


Yuri is a graduate of Moscow State University of Economics, Statistics and Informatics; received his MBA degree from the Russian Presidential Academy of National Economy and Public Administration (RANEPA) and his MBA-Intensive from PricewaterhouseCoopers Academy.


Back to all news